Our team is made up of a carefully selected group of passionate, hardworking, creative and talented individuals. Our chefs have the technical expertise and experience to execute any demand matched with the creative vision to take things to the next level! Our service staff is determined to create an unforgettable experience for you and your guests.

They are experienced in the industry with a passion for incredible food and an unwavering commitment to our clients. Do not hesitate to inform us of any dietary restrictions, allergies or specific food requests. We are happy to accommodate you and your needs. 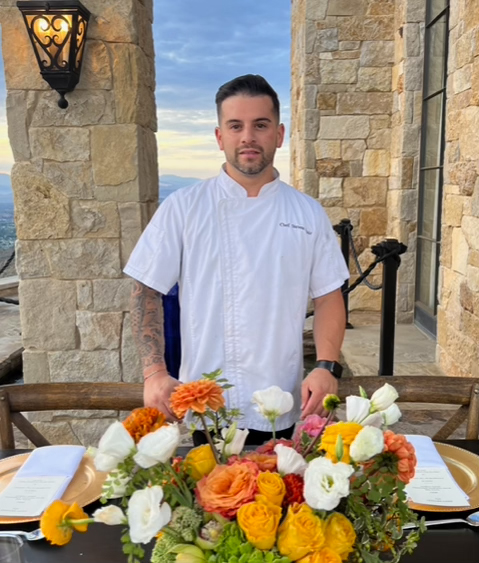 Meet Owner and Chef Steven Ruiz. Steven is the mastermind behind TasteThatLA. After working at Michelin-star rated Gordon Ramsay’s in West Hollywood for seven years, Steven realized he didn’t need an exclusive restaurant to bring his culinary creations to the world. Instead, he brings them directly to you, with TasteThatLA.

Steven has a love for casual cooking in the home, developed under the effortless culinary ability of his grandmother from the time Steven was just a young boy. Now an acclaimed and award-winning chef, Steven combines his love for the home kitchen with a talent you can only find in the best LA restaurants.